This is the place to talk shit! its also where we flush the nonsense 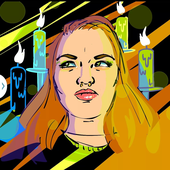 Where's Kurt? I have a grammar / usage question. Would'nt unprogrammable mean, once programmed with the ability to UN learn? And nonprogramable mean, resistant to programming? I wonder which our friend here meant.
Top

Azrael wrote:Where's Kurt? I have a grammar / usage question. Would'nt unprogrammable mean, once programmed with the ability to UN learn? And nonprogramable mean, resistant to programming? I wonder which our friend here meant.

maybe this was said before, but it would deserve another posting if it has been -------Tetrarch blows
Top

hold on a second

unprogrammable wrote:oh goody, all the ass pirate crew are here to judge my grammer. Who gives a shit about my grammer. You can't defend your lack of taste and the damn grindcore black metal crap you play and have the nerve to talk shit about Mastadon, Daath? Any number of other bands. You tards are so jealous. Just go take lessons. You need to know what you speak about before you speak.

The undisputed king of shitty technique,bad phrasing, and bullshit riffs can not tell people to go take lessons.

as a matter of fact , I don't even play guitar. I fuck around on bass a little, but I'm not trying to be in a band. Just looked over some of the post and took notice of the bad taste and ignorants on this forum. I do like Daath and Mastadon as well as Dimmu and a handful of other bands that you jerkoffs hate on. It's not that you hate, but the extent that you hate that let's me know of your jealousy. Also, Brian, I never said I was a fan of Incarceri 9. Their music is not bad though, way better than the crap pushed on this forum as music. My cousin in Philly really likes their stuff though. I could takem or leavem. Oh and prog is not mall music jerks. Prog is something you guys could never get, obviously.

There are people on this forum that like progressive music. There is absolutely nothing wrong with a musician wanting to progress with their music as long as they are true to themselves and their music. Most metal fans are conservatives, big deal.

Everyone needs to shut up about their opinions and go cry about it in their black metal journals about their indifference.

Most metal fans conservative? Must be a GA red state thing. It's not the case where I'm from. Fuck conservatives and especially the Tea Baggers.

where i come from, a tea bagger is definitely not a conservative.

... didn't realize tea bagging was making a come back i though it was more popular with old queens in the nineties , its a shame a solid pair of nuts on the chin would seem to be timeless
we can only hope the rusty trombone makes a similar resurgence
Top

Mandroid Academy. Or should I say "Manlove Academy." They blow.
"I'll put a curse on you so your children are born naked" - Jimi Hendrix
Top

Desolet Chronicle. I played a show w/ my old band, The Velveeta Brothers a few years ago w/ these dudes, kinda like Linkin Park meets Vomit!!! And they were just plain Horrible!!!

Oh & btw, that same night we played w/ the elusive & infamous, Incarceri 9! And believe it or not, I9 was even better than Desloet Chronicle!!!

Veil Hollow
you have no taste
Top

for once, i agree
Who Dies Wins
Top

for once, i agree

http://www.reverbnation.com/veilhollow
you have no taste
Top

for once, i agree

A crappy boombox recorded (I'm guessing) practice session doesn't necessarily equal a crappy band. Not sure why they would post it like that unless it was for internal use or recruitment purposes (just to give an idea).

I'd like to hear something real from them. Seemed kinda dynamic.
"God created the devil? At least he did *something* cool." Homer J. Simpson
Top

I've seen them live before, I think.

What the fuck. I used to live in Grayson maybe 10 years ago. Did that place get so hardcore that some faggot girl-jeans emo shitheads decided it would be a splendid idea to name themselves after the shitty little white middle class nowhere city? Someone do a driveby on these fucking pussies to lend some credibility to their "hardcore" lifestyle. 20 bucks for each faggot you wing, 40 if its a killshot.

They probably all sit in a circle jerking each other off saying stuff to each other like, "DUUUUUUDE you GOTTA HEAR THIS AWESOME BREAKDOWN!"
Top
Post Reply
157 posts

Return to “The Toilet”