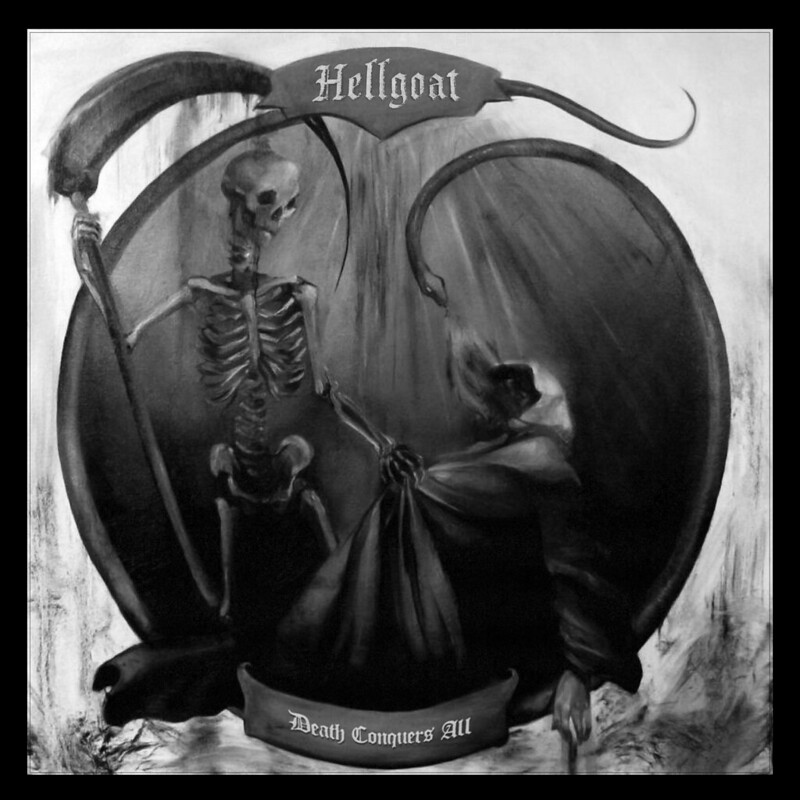 Boris Records is excited to announce the reissue of 2011's Death Conquers All from Atlanta Black Metal Horde HELLGOAT.

With a half dozen years having passed since the release of Hellgoat’s first full-length album, Blasphemy from Serpent Tongues in 2005, Death Conquers All was motivated by the same infernal zeal as its predecessor, but was marked with a refined musicality, springing from Amon’s growth as a musician and creator, as well as enhanced material means to achieve his vision. While Blasphemy from Serpent Tongues was an intentionally necro recording, Death Conquers All features a much fuller sound while remaining firmly within traditional black metal production parameters (ala Darkthrone and Burzum).

Boris Records now presents Death Conquers All for the first time on vinyl format in all its furious, filthy glory!

March of the Corpse Rats

In 2004, Amon Demogorgon surveyed the musical landscape and found it wanting. From this dissatisfaction and desire to create orthodox Black Metal, Hellgoat was born. With a firm conceptual underpinning of Gnostic Satanism, 2005 was very productive. Amon wrote and recorded four demos, an EP, and a split with Legions of Astaroth. The year was crowned with the release of Hellgoat’s debut full-length, Blasphemy from Serpent Tongues, a filthy and furious collection of primitive Black Metal.

During this time, Amon assembled a lineup of similarly minded musicians, so that Hellgoat might perform live rituals. Among the members of the first live lineup was Asmodeus Lorial Vetis, who traded bass and guitar duties with Amon. Eventually, Asmodeus became a full member and the horde coalesced in 2011 from a four-headed demon into a trio with the addition of Vaedis, who played drums. At the time Vaedis joined, Amon and Asmodeus had already written the hymns that would collectively full under the aegis of Death Conquers All later that year. Nonetheless, he contributed to their memorialization for the ages.

The Central Scrutinizer wrote:Ultimately, who gives a fuck anyway?

I heard it on Spotify. My favorites are Warmarch Anthem and Ordained by the Masters Hand.
Who said a metal head can't be a bookie? I do it with a bookie pay per head
Top
Post Reply
5 posts • Page 1 of 1

Users browsing this forum: No registered users and 8 guests